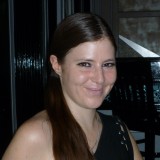 Much more about Destinee ehgc

Always up for a challenge with a smile on her face, but watch her competitive side. Gaming is not a hobby to her...it's a life choice.


Hmmm...what to say...well let's start off with the basics. I've been gaming since the age that the ZX Spectrum 2+ was a standard console although you'll have to judge for yourself whether that makes me old or simply an early starter

An avid Sega fan in the early years I found my interest in gaming waning as a teenager, only to be brought back to the fold by Final Fantasy VII. Since then my relationship with games has become a tad obsessive and I don't see that changing anytime...well, ever!

Some of you may already know me as I also write for a few other sites, along with being a member of GamerchiX and appearing in a few UK gaming magazines over the last few years. Since starting to write about gaming, I've met the real life Lara Croft, appeared on OXM's cover disc and kicked some butt at CoD: World at War's preview event (to name a few experiences).

I think it's safe to say that gaming is a lot more than a hobby to me. My time is generally spent gaming, reading about games news or writing about games. I like my pretty packaging and extras so my collection contains many limited editions items that I'm very proud of. I could never pick a favourite game as my back catalogue is rather ridiculous in size, and I will generally play every major release along with finding plenty of hidden gems.

Let's see, non-gaming stuff... I love anything Joss Whedon (including the graphic novels) and have a penchant for everything red (my handbag, ds, laptop and 360 are all matching!). I hate people labelling me as something I'm not, just because I'm a female who enjoys games. I don't dabble, it's a hardcore thing, and therefore I expect the same courtesy that other people get. However, on the flip side, I'm more than happy to flaunt my assets. Just remember that breasts do not decrease my skill level!

2011 Update
A hardcore gamer from head to toe, Zoey loves anything but sports games, and has a passion for RPGs. Competitive to a fault, she relaxes these days by soaking up some co-op. With over twenty years gaming experience she is not to be underestimated. Most commonly found attached to a laptop or a 360 controller - if she's not playing games then she's reading or writing on the subject.

Genre
I love action games and a good puzzler but you still can't beat the wonderful world of RPGs. I loved to be fully immersed in a world of magic.

Series/IP
It's got to be the Final Fantasy series. It's given me more than a thousand hours of joy and I anticipate many more in the future.

Male character
Ezio. Whilst Altair may have started as the face of Assassin's Creed, there's no doubt that Ezio was a more complete character who brought a certain sense of style and charisma to the franchise. I just hope AC3 will introduce someone just as good.

Female character
Bayonetta may have only had one title to date but she's strong, sexy as hell and so memorable. My other front runner has to be Lara Croft. She changed the video games industry for the better and really is an icon. I could quite happily run off into the sunset with either.

What you consider yourself being an expert in when it comes to games
Completionism. I'm not put off by a massive haul of collectibles (in fact I love them), and if a game's good I'll gladly go the extra mile to make sure I get to see everything the game has to offer.

Superman, Batman, Spider-man; there’s been a copious amount of superhero titles gracing our consoles in recent years. A lot of them are getting a bit samey, we’ve been there and done that so it’s time to stop rehashing the same heroes over and over and introduce some of the more obscure fan favourites – enter […]

Read More
Posted by Destinee ehgc in Xbox 360. This post has 3 Comments.

A recent study completed by Nottingham Trent University (soon to be published in the International Journal of Cyber Behaviour, Psychology and Learning) has shone a bright light into the darkest corners of our gaming minds and discovered that those of us who live and breathe video games are having some trouble disconnecting when we hit […]

Read More
Posted by Destinee ehgc in Blogs. This post has No Comments.

Although it’s clearly fun to speed off into the distance as triple world champion Sebastian Vettel, there’s a strange satisfaction to winning championships with the underdogs. I had great joy carving up the track with Charles Pic driving for Marussia, just because I could. Formula One – love it or hate it you must have […]

Read More
Posted by Destinee ehgc in Xbox 360. This post has No Comments.

Whether the Narrator says it or not, there’s something so satisfying about “Total Defluffication”. There’s nothing like decapitating a cute teddy bear and just watch the horror in their eyes as their friends are fleeing the crime scene. In the peaceful Summer of 2010, Behaviour Interactive showed us what happened if we went down to […]

Read More
Posted by Destinee ehgc in Xbox 360. This post has No Comments.

“I should be studying, flirting with cheerleaders, and playing WoW. Instead I’m about to get killed in a robot factory” – Spider-Man Hey there, Spidey fans! It’s time to look at Beenox’s third game in the superhero franchise, The Amazing Spider-Man. Fitting in to the timeline as an epilogue to the recent movie, it manages […]

“Zombies suck dick at driving!” – Juliet Starling What do you get when a crazy genius at Grasshopper Manufacture Inc. wants to make a hack ‘n’ slash? An ever-optimistic bloodthirsty cheerleader running around with a chainsaw, which makes hearts and rainbows as she kills zombies. Seriously. Welcome to the strange world of Lollipop Chainsaw. In […]

Read More
Posted by Destinee ehgc in Uncategorized. This post has 4 Comments.

“We fight or we die! That’s the plan!” – Shepard Actually, it’s a little more complicated than that, but either way, we’re finally here. The last game in the Mass Effect trilogy has arrived. After countless hours of honing our decision making skills and jumping into bed (both figuratively and literally) with aliens of all […]

“The more you let your inner Bruce Lee out, the more fun it will be” – Virtual Air Guitar Ever since The Matrix, every geek has dreamed of knowing Kung-Fu. It may look super cool in the movies, but as we flail around uselessly in front of the mirror we learnt it was harder than […]

Unbelievably it was now over a decade since our humble original Xbox first saw Bungie’s Halo, and now 343 Industries has given us just what we craved – no, not a new title in the Halo franchise, but an old one, lovingly remastered, in both video and sound, and ready to absorb us all for […]

Welcome true believers, to the second Beenox produced game in the Spider-Man franchise. Following on from the success of Shattered Dimensions (2010), Edge of Time sees players bouncing between the time-lines of Amazing Spider-Man and Spider-Man 2099 in a frenzy of action and fighting. Written by renowned comic book writer Peter Allen David, and including […]