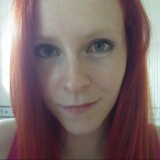 Much more about Cherry

Huge RPG lover, but very passionate about gaming overall. I love getting lost in a game for hours.


I’ve been gaming since I was little, I think it started with an Atari but I remember very little about it. Me and my twin also got a Nintendo ES each from “Santa” I’m sure there were a couple Gameboys flying around too.

I used to spend hours upon hours playing Crash Bandicoot, Rayman, Spyro and The Sims when I was younger, I also put quite a lot of hours into Sonic and Streets of Rage. The best part was making the Sims “Woohoo” I bought all the expansion packs but my PC could never run them all so I played them one at a time.

I had to share my consoles with my three sisters and I managed to convince a couple of them that watching me play was actually more fun than playing themselves, not surprising now that out of all of us I am still the avid gamer.

I never actually owned an Xbox until my early twenties, I had a PlayStation growing up but once I got my Xbox and Fable, I was hooked. I completed Fable over and over again and it really cemented my love for RPGs and I set about playing and completing every one I could get my hands on, with my favourites being The Witcher series, Final Fantasy and Dragons Dogma but I could go on and on about my love for them and I don’t think I’ve played one I didn’t enjoy.

Once achievements came into the mix, my obsession grew beyond just playing, I found myself playing anything I could get my hands on, enjoying watching my score go up and it now sits at around 320,000. I have slowed down a little now and have been playing games I like.

If I’m not playing games or getting on with everyday life, I’m turning my gameplay into videos and trying to be creative on my channel. In general the games I try to avoid are puzzle games, I don’t get any enjoyment out of them at all.

Gaming is something I’m extremely passionate about and I spend the majority of my free time getting immersed into different worlds, messing up my sleep schedule and being whoever I want to be!

Series/IP
Final Fantasy, I love the story driven gameplay and interaction with the characters.

Male character
Ezio Auditore from Assassin’s Creed - He’s an Assassin and Italian. What more is there to say)

Female character
Lightning from Final Fantasy - super badass and will do anything to save her family.

What you consider yourself being an expert in when it comes to games
Definitely anything RPG related, Fable is probably a game I’m most knowledgeable in.

Can Sega redeem themselves after the disappointment of Colonial Marines?

After surviving the insanity of Vaas and the Rook Islands, how will Kyrat fair?

Bethesda takes a swing at Survival Horror in the long awaited Evil Within, was the madness worth the wait?