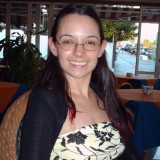 Much more about Lita

She won't play just any game but is a completionist. She hates odd numbered achievements and is also a lover of pie.

For me, I love the 360 and yes, achievements are addictive, but I'm not going to play just any game to up my score. I love playing games I want to play and those are the ones I will complete. Sometimes I wish games didn't have achievements simply because of the crazy things I've ended up doing to get a particular achievement (I'm looking at you, Seriously 3.0). However, then I think it's worth it because now I have a nice new shiny achievement that shows how awesome (or sad) I am lol

My favourite game at the moment would be Assassin's Creed X (where X is the current game in the series), and even though I've finished it, I could easily play it again. Some of my other favourite games throughout the years would be...

One other game I've loved but never owned the console for was GoldenEye on the N64. My uncle had the console and let me borrow it for a summer break from school one year. That was all I played!

When I'm not gaming I work as a software developer. When I'm not working or gaming I hang out with my friends, go to the cinema, go shopping, do latin dancing, do some artwork, some writing, read sometimes or catch up on my TV shows.

Genre
I can't really decide on one but I love action-adventure games, first person shooters and arcade style racing games. I'm at my best when I'm playing something from these genres :) An interesting fact about me is that I only got into first person shooters during this generation of consoles.

Series/IP
Those who know me best won't even have to guess this one! I absolutely adore the Assassin's Creed series. I got the first game back in 2007 for Christmas. I had heard very little about it but I was intrigued by the idea of being an assassin so I picked it up as part of my Christmas game buying spree. As it turns out it was the only game I ended up playing over the holidays ;)

My liking for this series came as a surprise because I don't normally like games that are set in the past. I even got into the series even more when Ubisoft started integrating the whole Assassins vs. Templars story into actual events in history.

I love how well designed and free flowing the games are to the point where I feel almost invincible. I love sneaking around, getting to my target and swiftly making my getaway. I love wandering around the beautifully crafted places and listening to the suitably placed music made especially for the games.

It's just the perfect series for me :)

Male character
Ezio Auditore da Firenze from the Assassins Creed series. Who else? ;)

What you consider yourself being an expert in when it comes to games
If it wasn't clear from above, anything Assassin's Creed related and I'm your girl ;)

Insomniac have definitely taken a risk with Sunset Overdrive. Have they delivered with their new franchise?

Read More
Posted by Lita in Xbox One. This post has No Comments.

Here’s our review of South Park: The Stick of Truth.

The main focus of the game looks to the past when all the great moments happened in the industry and to the place where those moments were breathtaking – WrestleMania.

Codemasters takes us racing once again. With this being now the fourth game in a yearly release franchise, can F1 2013 still take pole position? Legends of the past F1 Classics is the main new addition to the game which features cars from the 1980s from the Ferrari, Williams and Lotus teams. The mode also […]

Read More
Posted by Lita in PS3. This post has No Comments.

Developed by Realmforge Studios, does Dark’s night adventure take a good bite? The main protagonist of the story, Eric Bane, is a newly turned vampire with no memory. This of course is a problem when Eric’s transformation is not yet complete as he needs the blood of his creator to become a full member of […]

Read More
Posted by Lita in Xbox 360. This post has 2 Comments.

Developed by Digital Extremes, can another chapter in the Star Trek universe go beyond where no-one has gone before? The story itself takes place between the two films. While trying to speed up terraforming New Vulcan, those responsible unknowingly opened a tear in space, unleashing another enemy into the Federation. Known as the Gorn, the […]

Treyarch hit us with another installment of their version of the Call of Duty series but is it just another rehashed game or is there some bite to be had? The future’s past… The main story is set in both the past (1986-1989) and the future (2025) and is also a continuation of the story […]

The latest instalment of the top quality dance franchise is back but has Harmonix kept up to standard or are the signs of a yearly release beginning to show? Step, step, step to the right! Dance Central 3 features over 40 songs with full compatibility to all DLC released as well as songs from the […]

Six champions. One new track. Another year brings another game and as with any yearly sports title there’s always a challenge to bring something new to the player, but have Codemasters delivered? First impressions The first change you will notice is to the main menu which has been given a fresh coat of paint. It […]

Read More
Posted by Lita in Uncategorized. This post has No Comments.

A heavily driven story game that feels like a watching a movie, welcome to Rockstar’s vision of the Max Payne series. A lost hero The story takes place a decade after the deaths of his family and sees Max still drowning his sorrows in alcohol and painkillers. He’s no longer in law enforcement but now […]

Read More
Posted by Lita in Uncategorized. This post has No Comments.