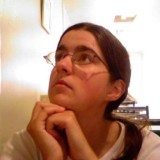 I'm an avid gamer across many platforms, and I love to write about them. I'll try most games once, but I draw the line at fighters and racing sims.


I'm sure that when my parents encouraged me to study for a degree in geography, the last thing that they had in mind was that, five years after graduation, a large chunk of my days would be taken up with writing about video games. Several months later, I would be working in a game shop as well as writing about games. It's great how life turns out, isn't it?

My interest in gaming began back when I was ten; my family used to visit a wholesale warehouse in a nearby city when my dad needed supplies for his school trips. They had a SEGA Mega Drive on a demonstration stand with Altered Beast as the game that customers could try out. I was really bad at this game, but my sister and I spent so much time on this stand that our parents eventually bought us a SEGA Master System II. The console came with Alex Kidd in Miracle World built in. I spent so many hours on this game yet never completed it.

My family did have an Acorn Electron computer, but it (theoretically) had to be used for school work. It began my passion for PC gaming, though. I had a Gameboy as well so I could game away from home. After that though, my parents refused to let us upgrade to newer consoles. Eventually the Electron started playing up and we bought our first PC. From this point on, I was solely a casual PC gamer. I'd play pinball simulations and, due to the intrigue created by the bad public reaction at the time, I also had a passion for the Grand Theft Auto series. During university, I made do with the numerous free point-and-click flash games while money was tighter. That was until I met my fiance.

Our first date ended with us sitting on the floor playing Grand Theft Auto III on his Playstation 2. Things spiralled out of control from there. At the time that we met, my fiance's console collection included a Nintendo 64, a Dreamcast, an Xbox and a Playstation 2. He also had a Gameboy, but he didn't have any of the current generation of consoles. We solved this by buying a Nintendo DS and a Wii in the same year. This was followed by an Xbox 360 as a Christmas present the following year and a Playstation 3 in the year after that. He also built us both gaming PCs with different operating systems and specifications.

Since then, our collection has expanded to include a ZX Spectrum, NES, SNES, Mega Drive with Mega CD attachment, Master System II, SEGA Saturn, Gamecube, Gameboy Colour, Gameboy Advance, 3DS and we also both have a PSP. My fiance still tells me that he created a monster.

Genre
Point-and-click. These games have such strong storylines and I love a game that really makes you think. My real-life problem solving has actually improved thanks to these games.

Male character
Sherlock Holmes. He's the perfect example of a good-intentioned-yet-flawed character. Although he appears to be cold hearted and calculating, The Testament of Sherlock Holmes did a great job in introducing a side to the character that we've never seen before.

Female character
Alyx Vance. Although players never take control of her, she's the AI that you want around. She can hold her own in battle and her knowledge of technology has helped out Gordon Freeman many a time.

What you consider yourself being an expert in when it comes to games
Xbox 360 games. I spend most of my day writing about this console, including news for games that I never intend to play. There isn't much about the console that I can't answer.

Rotastic was released on Xbox LIVE Arcade back on September 21st and is due to be released on the PC soon. The puzzle game marks Dancing Dots’ debut on the Xbox 360 and has a concept that is unique to the XBLA platform. Unfortunately, that debut wasn’t incredibly successful and the game sold less than […]

Read More
Posted by PunkyLiar in Uncategorized. This post has No Comments.

Kingdoms of Amalur: Reckoning brings together a development dream team. With a universe created by renowned fantasy writer R.A. Salvatore and brought to life by both Elder Scrolls veteran Ken Rolston and Spawn’s creator Todd McFarlane, this RPG held a lot of promise. Was this a revolution, or did the initial promise fall flat? Well, […]

Read More
Posted by PunkyLiar in Uncategorized. This post has No Comments.