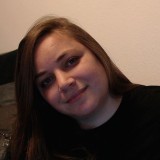 Much more about Twinkling82

Getting sucked into games by Super Mario as a kid, gaming got on hold during her teens. Lured into gaming with the 7th generation by GTA IV, and a few years later intrigued by reviewing games, and now she's running gamingirl since 2009.

In my everyday life I strive to recieve my day dream, yet do what I can to keep this website going - and stil be social with family and the few selected friends I have.

I have a couple ideas in my backhead and working towards the goal; writing and editing in the gaming industry, making PR, event coordination or just management if possible.

I can't even remember what made me interesting in games for starters. I guess I always was a dreamer, as I could easily sit with my toys (spanding from Barbie to My Little Ponies) for hours on end in my own little world of happiness and events. Games does it more interactive than toys.

My first gaming "consoles" must have been the water driven ones you always could buy for cheap in airports and at fairs, but the first real one was a gameboy. Yes, the big grey kind. From there, all I ever wanted was more games and consoles.

The next handful of years was like heaven every time I had birthday or at christmas. Over the years I acquired a Nintendo ES and Sega Master System - and I was in heaven when visiting people that had newer consoles at hand - counting in Sega Genesis/Mega Drive and Playstation 1.

In my early teenage years I was always in for some gaming, but it was far from my primary activity. When the Playstation 2 was announced, my interest was renewed - especially after playing GTA 1 and 2 on PC. I played on my Playstation 1 for a while and expected to have some money ready for a Playstation 2 at launch - which I pre-ordered.

Since then I've been playing often into the wee hours of the morning whenever possible, especially if I played a storydriven game for the first time - quickly mentioning both the Driver games and GTA III. I was also fighting tenacious to beat Need for Speed Underground. I never did.

My interest really took off when I decided to try writing game reviews for a publication in my country and I got in as freelance writer without pay. After I moved to the second publication, I decided after a while to try and run my own site, and I've done this ever since.

I now have all the current consoles, including handhelds, excluding iOS devices (I'm not fond of Apple, let's leave it at that) - and I'm looking so much forward to more space at home so that I can set up a proper work space and to play some more games on PC. I've bought the case already, but only because it has reached 1/3 of the launch price and there's nothing like it. It have my heart. Click the picture to enhance.

I actually love my Playstation Vita the most for now, but I think it dubs down to the fact that it's the newest acquisition - the Xbox 360 takes second place, but it's due to the community at Trueachievements and achievementsystem. I do work to get them, and ultimately want them all, but I'm not so sure it will happen ever.

Genre
While I love storydriven games such as Uncharted and Metal Gear Solid, I love running around in an open world such as L.A. Noire and GTA IV.

Series/IP
I'm afraid it's the GTA series - for now I have every single of the games for consoles, including game guides from Bradygames for the main games. Can't wait for the next instalment.

Male character
I love Nathan Drake (Uncharted series) He might be a badass and a player, but he has shown to have the biggest heart, and I do think he's loyal when it comes down to it. Even if he's up against fierce resistance, he'll keep fighting for the greater good - even if it means loss of money.

Female character
While I like the strenght of Elena from the Uncharted series, she might very well be replaced by either Lara Croft from the 2012 Tomb Raider game or Aveline from the upcoming Assassins Creed: Liberation.

What you consider yourself being an expert in when it comes to games
I've been a fan of Rockstars games for years on end, and with all the GTA games played, some more than others, I can answer most questions about the series.

Smaller – and better! Keeping the basics, and the costs down.

Read More
Posted by Twinkling82 in Hardware. This post has No Comments.

Grab your bike, grab your wits, rev the engine and get ready to fly.

Out on an adventure with a purple dragon – what could go wrong?

Grab your horse and your gun, the world is yours.

Quick PSA for our readers

It pains me to do it like this, but until our new design is ready to be transferred to the live site, we won’t be posting any new content. Below I will be posting what we have written and have ready and link to simple text documents for people that want to read the reviews […]

Read More
Posted by Twinkling82 in Uncategorized. This post has No Comments.

So we got a virtual ticket. Blizzcon blasts off, and I feel like a 5 year old.

Read More
Posted by Twinkling82 in Experiences. This post has No Comments.

You can now experience a modern OutRun with slick looks and lots of references to pop culture.

Read More
Posted by Twinkling82 in PC, Reviews. This post has No Comments.

Detroit in the future: The android revolution has occurred, and another one is on it’s way.

Read More
Posted by Twinkling82 in PS4. This post has No Comments.

Explore a space station, find clues, enjoy the details and crack the puzzles!

Read More
Posted by Twinkling82 in PC. This post has No Comments.

We know Razer from PC peripherals such as keyboards and mice of good quality that catered to gamers.

Read More
Posted by Twinkling82 in Hardware. This post has No Comments.